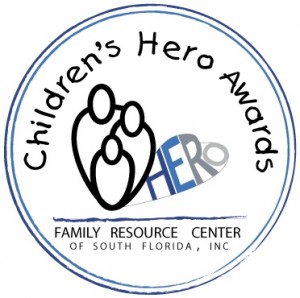 Happened on Friday, October 24th, 2014
at the Conrad Miami Hotel

Established in 2009, the Childrenâ€™s Hero Awards honor local community leaders who have shown extraordinary leadership in providing services and support to those youth who have suffered child abuse and neglect in Miami-Dade.

Family Resource Center presentedÂ threeÂ awards to prestigious community members who have made a difference in the lives of foster children.

Mr. Alberto M. Carvalho, Miami-Dade Countyâ€™s Superintendent of Schools, was this yearâ€™s recipient of the Childrenâ€™s Hero Award in recognition of his provision of critical educational resources and services to children in the foster care system, including the establishment of a data sharing project between Miami-Dade County Public Schools and the local Foster Care Agencies.

In acknowledgement of his outstanding contribution as a Family Resource Center board member, as well as his ongoing commitment to the agency, Mr. Mario Trueba, CEO and President of Sabadell United Bank, N.A., received this yearâ€™s Childrenâ€™s Sustainer Award.

And for the first time, Family Resource Center was pleased to present the Child Welfare Legacy Award. It was bestowed upon Mr.Lawrence S. Hurwit, accomplished real estate developer and composer, for his lifetime body of work supporting children who have suffered child abuse and neglect.Â  Notably, Mr. Hurwit created the Hurwit Childrenâ€™s Emergency Shelter for those most vulnerable and in need of a safe haven.Â  Built in Miami Gardens in 1981, this complex has sheltered many hundreds of children of all ages, as well as teen mothers and their infants.

A SPECIAL THANK YOU TO OUR GENEROUS SPONSORS: 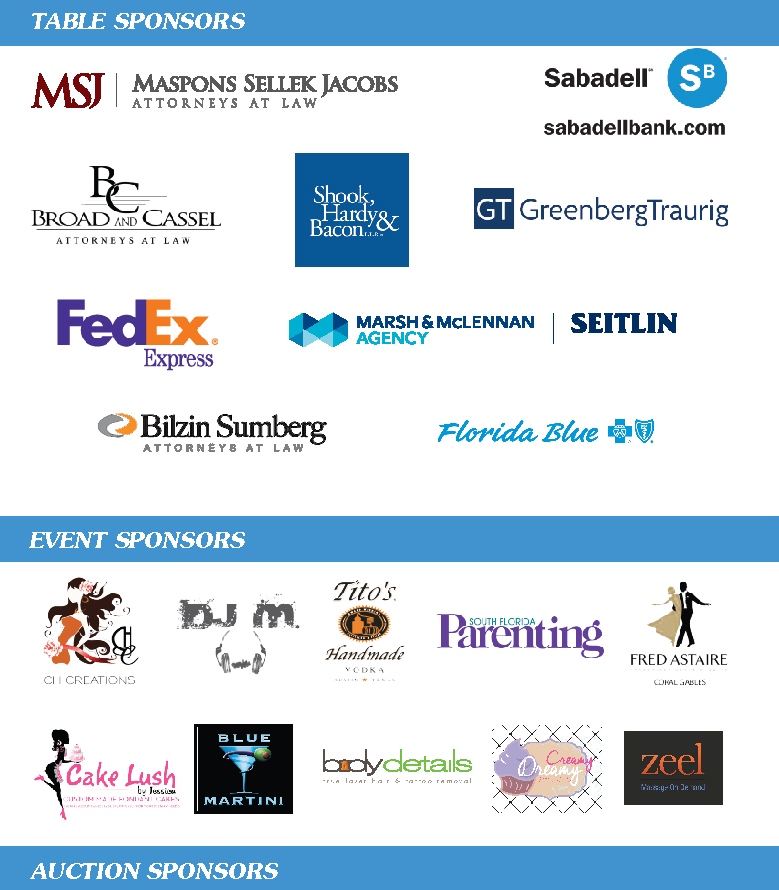