Happened on Friday, October 18th, 2013
at the Conrad Miami Hotel

Established in 2009, the Children’s Hero Awards honor local community leaders who have shown extraordinary foresight and leadership in providing services and access to those youth who have suffered child abuse and neglect in Miami-Dade.

Family Resource Center presented three awards to prestigious community members who have made a difference in the lives of foster children.

Harve Mogul, CEO of United Way of Miami-Dade was honored with the Children’s Hero Award for his leadership in advancing programs that make children and families in crisis stronger, safer and more stable.

In recognition of his sentinel contribution to the child welfare system in the State of Florida, Alan Abramowitz, Executive Director of the Florida Guardian ad Litem Program, was honored with the Children’s Advocate Award.

And Katherine W. Ezell, a Partner at the law firm of Podhurst Orseck, P.A., was the recipient of this year’s Children’s Volunteer Award for her extraordinary volunteer efforts as a Guardian ad Litem, a pro-bono child attorney through Lawyers for Children America, and leader of Foster Care Review. 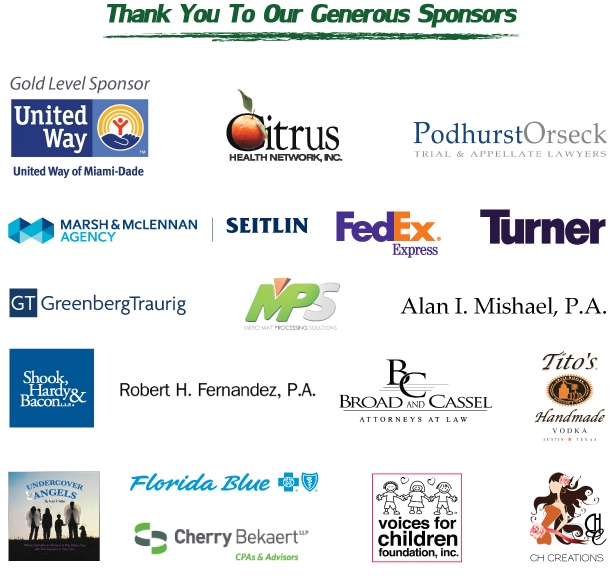 Click here to see photos from this year’s event.