Child Parent Psychotherapy (CPP), also sometimes called dyadic therapy, is an evidence-based, attachment therapy for children aged birth through 5 years who are showing mental health or behavioral problems, including symptoms of post-traumatic stress. The treatment is geared towards children who have trauma caused by significant and substantial experiences of neglect, abuse, or prolonged and unresolved pain. The therapy brings the parent and child dyad together to address these issues and form bonds in a safe and nurturing environment. In addition, it enhances the parent’s and/or caregiver’s understanding of child development including cognition, communication, physical and social/emotional.

For FRC clients, Child Parent Psychotherapy is very often court-mandated after a parent has had his/her child removed because of abuse or neglect. Children under age five comprise the largest percentage of maltreated children (Wulczyn, Hislop, & Harden, 2002; Dicker and Gordon, 2004). Many of these young children have both developmental and mental health problems, but typically must wait until school age when their problems are much more severe before they are identified or receive services. FRC CPP Program ensures that more children and parents are getting the care they need earlier, while at the same time increasing the likelihood of reunification of the family.

FRC launched our Child Parent Psychotherapy Program in August 2010. Prior to the launch of our program, there was only one program in Miami that provided this service, causing parents to be put on a 3-6 month waiting list, become out of compliance with their case plans, and then be in jeopardy of losing their children permanently.

Program Outcomes: A three year trial (2005-2007) using the CPP model in Miami-Dade was conclusive in showing it to be a positive intervention for both child and parent. Specifically, the trial showed that there were no further reports of abuse or neglect during the treatment period and up to post-assessments for participants. Reports of child abuse and neglect to the Department of Children and Families went from 97% of children prior to treatment to none of the children completing treatment. Second, there were permanency placements of either reunification with the parent or a family member for all children completing the child-parent dyadic psychotherapy who were not in parental custody at the beginning of the project.

Additionally, the health and developmental status of children improved. Following treatment, 50% of the children who were screened showed improvement in their developmental functioning as determined by the ASQ (Ages and Stages Questionnaire). The percentage of caregivers reporting depressive symptoms, as determined by the BDI-II (Beck Depression Inventory), decreased from 53% pretreatment to 32% following completion of treatment, with 68% of caregivers reporting minimal to no depression after treatment at the time of the post-assessment. Finally, parent-child relationship functioning based on both observational assessments and parent reports improved significantly for both parents and children.

Family Resource Center’s Parenting Program is funded by The Children’t Trust. The Children’s Trust is a dedicated source of revenue established by voter referendum to improve the lives of children and families in Miami-Dade County. 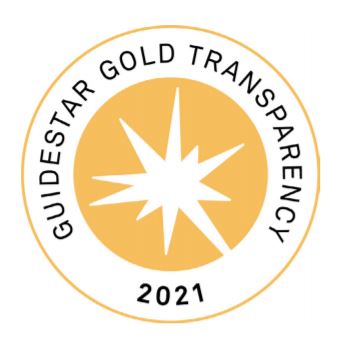 Our organization earned a 2021 Gold Seal of Transparency! Now, everyone can view
our financial details and learn about the people at our organization. Check out our
updated profile by clicking here.

Support Us When You Shop

Fundraise with friends and earn points at CrowdWise!